How To Add Tabs For PowerPoint 2013 And Older Versions

Benefits Of A Tabbed PowerPoint Interface

A tabbed interface for PowerPoint can be beneficial because you can open multiple documents in different tabs for easy management and simultaneous editing. Using Tabs for PowerPoint , users can not only open existing documents in different tabs but also create a new document in a new tab. Hence, this app can also help you open multiple presentations in a unified interface like a web browser; which is a lot better than opening different documents side by side or in a Windows Jump List.

During installation, the user is given the choice to select the version of PowerPoint they are using.

Once installed, you can open PowerPoint and begin using tabs by opening multiple documents in the same PowerPoint window, as well as click the ‘New Tab’ button to generate new tabs. You can view application settings by launching the application. The ‘General & Positions’ section provides options to enable and disable; double-click and middle-mouse click to close a tab, drag and drop functionality, warning for closing tabs, multi-window mode and other configuration options like application shortcuts and the selection of the position of tabs on the PowerPoint interface.

Tabs For PowerPoint is a paid application; however, you can also download it on a trial basis. This app is compatible with: 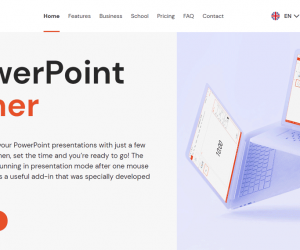 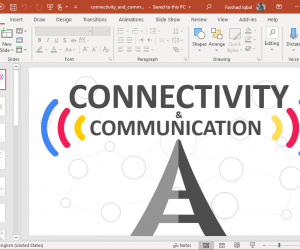