Rules To Present A Controversial Topic

When on stage, majority of speakers tend to forget the actual purpose of their speech, especially if the topic under scanner is a bit controversial one. And, the result is a speech that was intended to lead towards a healthy discussion, but it turns other way round into a verbal war of words, with every participant coming up with their own argument.

Leave aside the motive of educating audience; such a speech only ends up annoying them. Nevertheless, such things even affect your image and credibility as a potential speaker. That’s the reason why top notch marketing honchos lay emphasis on the vitality of argument deliverance. This is primarily because topics as human trafficking, assassinations, child labor and similar such issues are quite sensitive.

The reason behind raising discussion on such topics is not to gain sympathy or audience attention, but to equip listeners with a wider perspective so as to arouse their consciousness and let them know of the exact statistics. However, most of the times, scenario is just the opposite. That is why speakers usually get nervous when they are asked to present a controversial topic. Several questions like what if you hurt somebody’s sentiments, what if the argument is not strong enough to get acceptance from listeners, keeps haunting the speaker.

To put all these queries at rest, here we are highlighting some basic rules to present a controversial topic.

Rule #1: The more information you have, the more credible becomes your statement. So, research and collect a good deal of facts and ideas in support of your topic. Further, it is suggested to speak with firmness in your voice as it shows your self-belief and preparation.

Rule #2: Try to initiate a healthy discussion via your arguments. And, for that you have to stay adept with all the ins and outs of controversy. So, sincerely search in depth about the topic and let your presentation be based on solid evidences, instead of lame assumptions.

Rule #3:  You may not know everything, so listen carefully when others are putting forward their ideas. After all, at the end it is about presenting the strongest argument in the most impressive way possible. Remember, you must avoid controversies at every stage if you really want to earn the interest of your listeners.

Rule #4: Speaking confidently is entirely different from preaching the audience. While the first one shows your preparedness, the second one lays a negative impression of your image. So, avoid being forcible on listeners. It can really break the essence of your presentation.

A controversy can be turned into a healthy interactive session, provided you know where to draw the line.  Thus, go through these rules and win over the hearts of your audience. 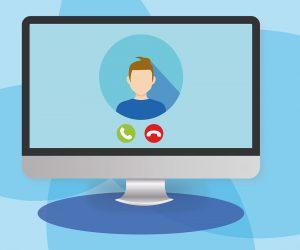