Home   Articles   Powerful Orators You Can Learn From

Powerful Orators You Can Learn From

The world has witnessed the greatest men in the history over centuries and will go on to be a spectator of many more greats long after the likes of you and I are gone. If the world were a book it would have pages and pages worth of knowledge that would never end. The world over the years has witnessed many people who have charmed people in the short span that they have lived in but have continued to mark their presence long after they have gone.

There have been millions of people who we look up to for inspiration but there are a few that have strongly imprinted the mark of their charm in the lives of many. Here goes, in no order of preference, powerful orators you can learn from.

Siddhartha later known as Buddha or “The Enlightened One” has been the man behind creating an entire religion. After attaining enlightenment Buddha roamed in places like India, near the Ganges and went on to teach his philosophy of liberation. All of these teachings were dispersed orally and there was no documentation of them until many years after his death.

The strongest and perhaps the earliest forces to bring to light the racial inequalities taking place in America through his speeches. He has proven to be one of the greatest social right activists of his time. The man was an eloquent orator and through his moving speeches that caught the attention of the national press he initiated the eradication of the “white” and “colored” discrimination.

“We Choose To Go To Moon” has been one of the finest pieces in his unbeatable list of speeches, this one in particular persuaded the Americans to take up the expedition to go to the moon. The speeches he wrote were inspirational and moving to the point that it changed a nation. The man was an absolute legend and continues to be so in today’s world.

He is the man behind the freedom of India. A man that started not one but many movements solely based on the speeches he wrote to arouse a nation that was scattered and lost into a nation that came together to get back its freedom. Gandhi built a nation slowly and steadily with an expressiveness that came to him naturally. 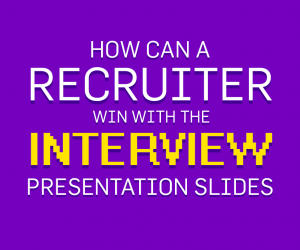 How Can A Recruiter Win With The Interview Presentation Slides?