Money is often the central theme of financial presentations, be it a quarterly financial report, business plan, corporate meeting or an academic presentation related to business. Presentation templates which depict money can help you project your content in a more interesting manner by presenting a perspective with some visual aid. We have a list of some interesting Animated Money Templates for PowerPoint which depict different hard currencies with powerful video backgrounds and animations.

This is an interesting money template which depicts dollar bills flying in the air as they converge to form skyscrapers which look like a bar chart. There is space to add your own text in the PPTX version of this template. The text can be added in the given text-boxes and you can also include additional text and overlay images (e.g. a logo) with the video background. 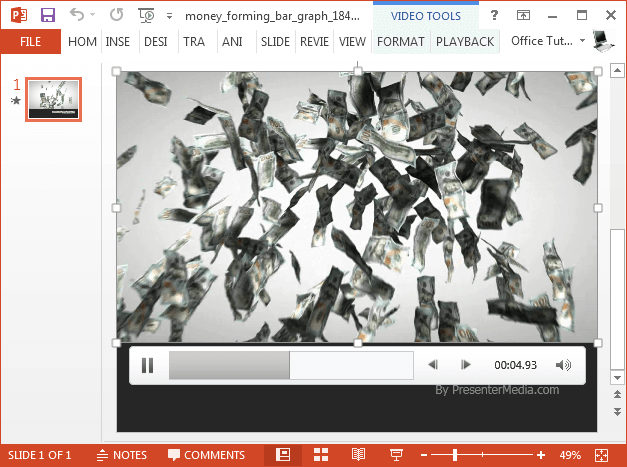 If you want to depict financial woes, this is a good money template which provides a video animation of Euro symbols falling off a cliff. This can be symbolic for financial issues, especially for an economy or business which uses Euros. 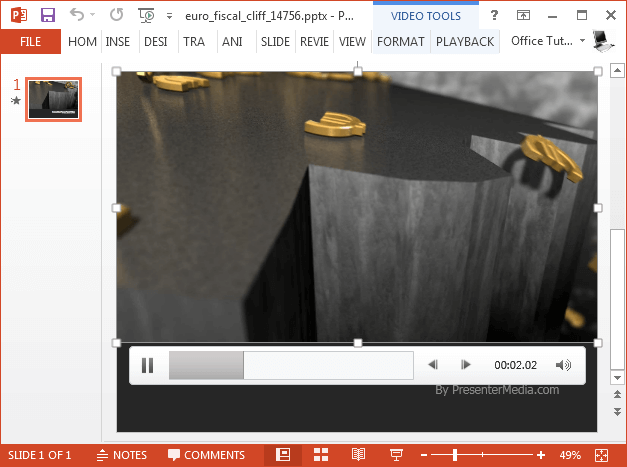 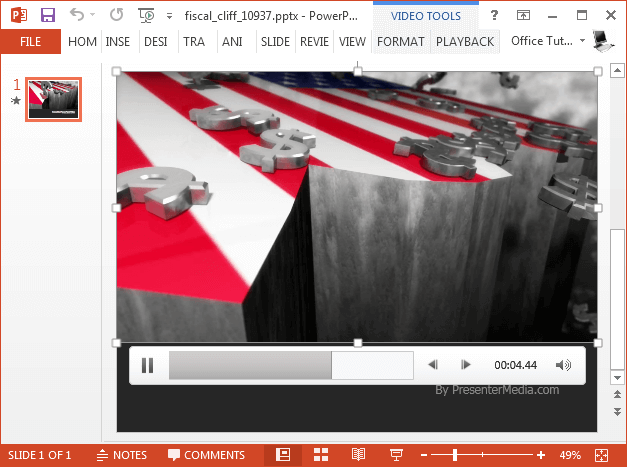 The US Dollar, Euro, Pound Sterling and lately, the Yaun, all fall in the category of hard currency. This video background template depicts all four of these hard currencies falling from the sky. This makes this money template perfect for financial presentations. 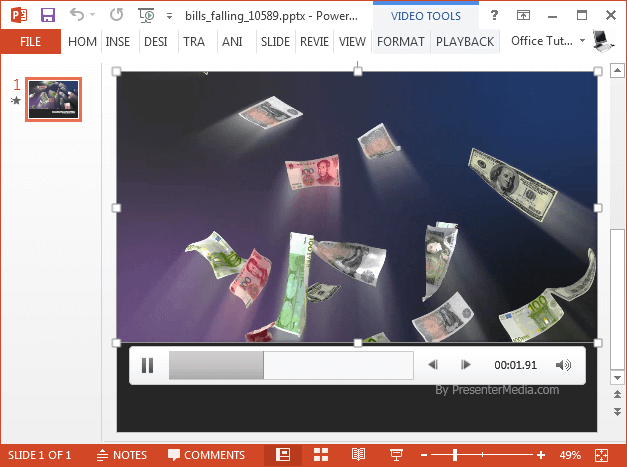 This is a comprehensive PowerPoint template with piggy bank animations which reveal a piggy bank in the form of connecting puzzle pieces. You can use this template for any financial presentation by labeling the placeholders or customizing the piggy bank illustrations. 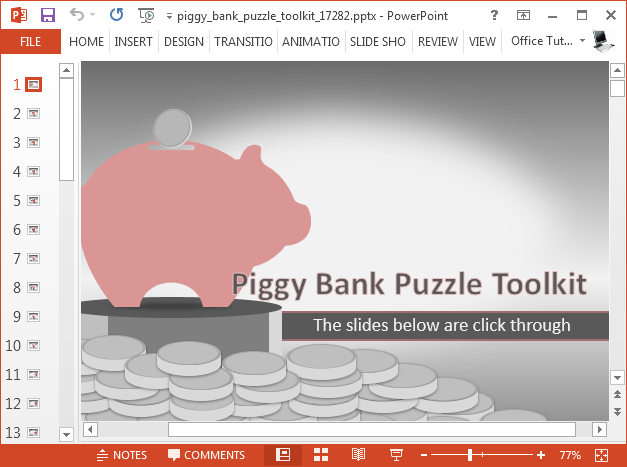 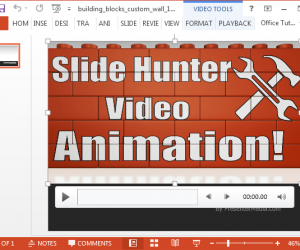 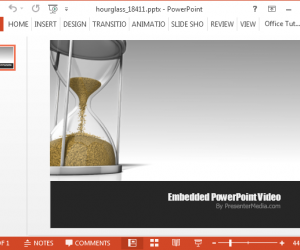 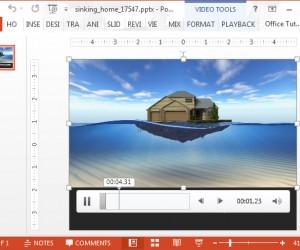 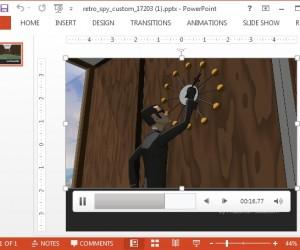 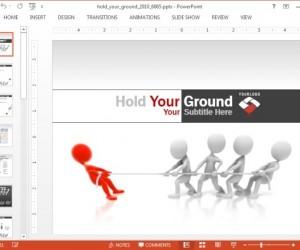