It’s raining tabs! Whether you prefer a Samsung, a Toshiba, Dell, Sony, BlackBerry, Asus or Amazon; we all know that most of them have almost the same specifications!

Tablets these days can pretty much do anything that can be done with a laptop or a desktop. Remember the old times when during the half time or after the end of a football match, the experts used to have a laptop in front of them to discuss the vital elements of the game? But now all that has been changed with a tablet!

Tablets are in fact much better to carry around too! These days you can even do your office work like make PowerPoint presentations on your tablet. So let’s discuss which are the best tablets for PowerPoint Presentations:

The nexus 7 is great tablet which is affordable too! The 7.9 inch screen is smaller than the iPad Air but if you consider PowerPoint presentations, then Android sorely lacks in this department. You can use Quick Office but it just won’t cut it especially if you are used to making and viewing PowerPoint presentations using your computer. Besides, the official Microsoft Office app for Android is a bit lack luster.

This 10.1” tablet comes with the Windows 8.1. Compared to Android, the ThinkPad 10 has full PC capabilities mostly because of Windows 8.1! So what this means is that you can easily create PowerPoint presentations just like you would have on your computer. The ThinkPad’s HDMI output also ensures that you can connect it to an HD television or a monitor. 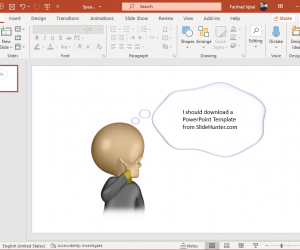 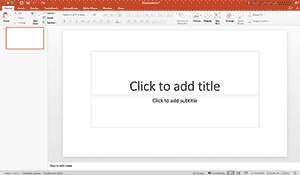