Doesn’t matter if you have switched to the more energy efficient CFL bulbs! Because the icon for an idea is still the good old incandescent light bulb. If you want to present your bright idea with a touch of novelty and class, then check out the following ‘idea’ themed animated presentation templates for PowerPoint. 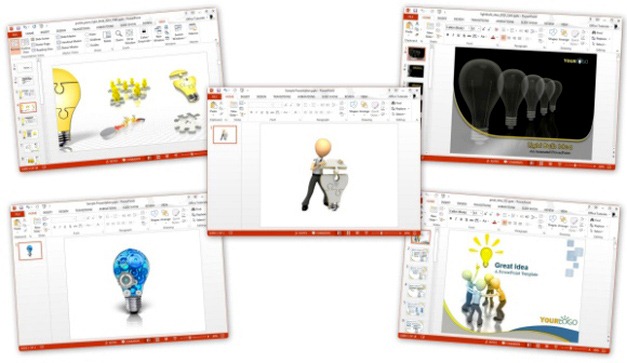 Want to show off your great idea in the form of animated slides, charts and some nice graphics? This is just the template you need. Great Idea PowerPoint Template comes with a range of sample slides with SmartArt Graphics, idea themed clipart, charts and animations. All slides in this template are easy to customize and can be used for making animated slides with ease. This template can be downloaded for: 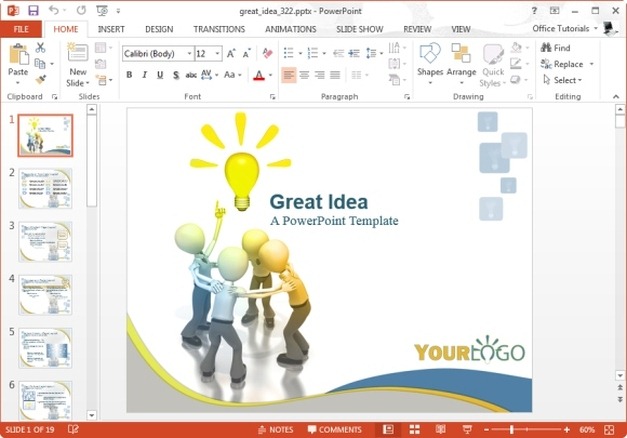 This is another finely crafted animated template which can be useful for making presentations with an ‘idea’ being the central theme. The template offer an animation of different pieces joining together to form a light bulb. This template can be downloaded for: 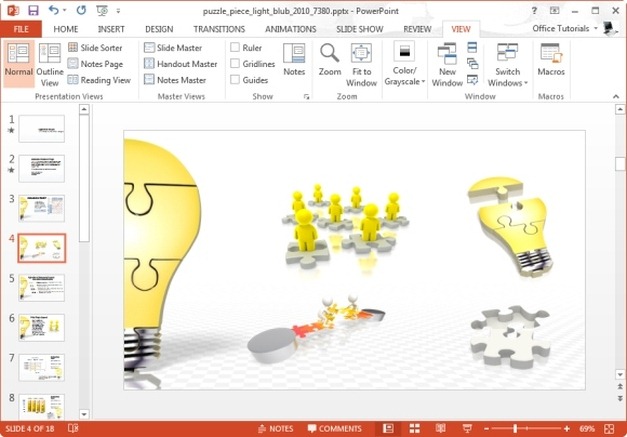 This template shows a single glowing light bulb amidst various dead bulbs. This animated template can help you present your bright idea or make presentations about leadership, success, career coaching, etc. You can download this template in both Widescreen and Standard format, for the following: 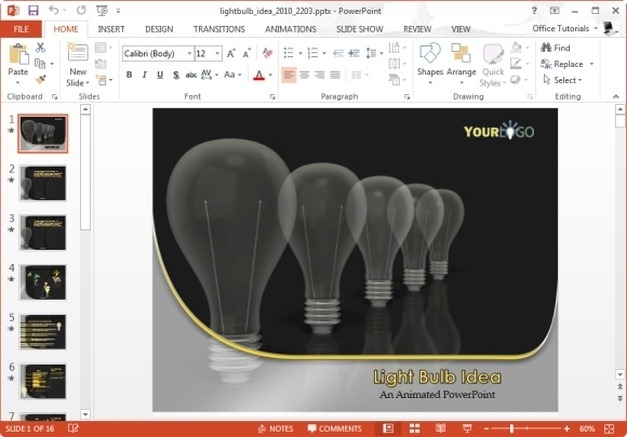 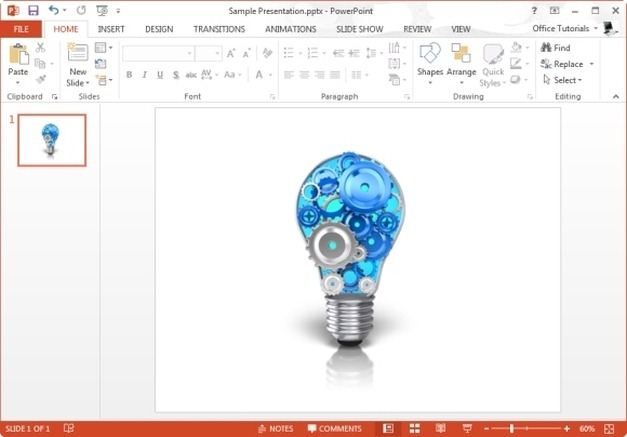 This clipart animation shows a stick figure connecting a piece of a light bulb. Once he piece is connected, the bulb is turned on. This animation can be a good resource for your presentations, to effectively get your message across with the help of an intelligent animation. Other than GIF, you can also download this animation in Flash or QuickTime format. 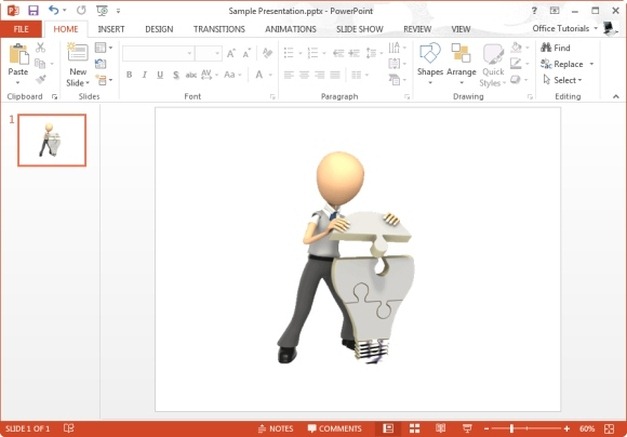 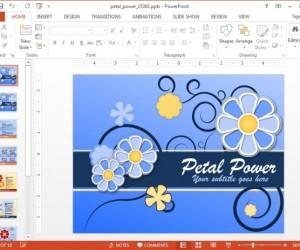 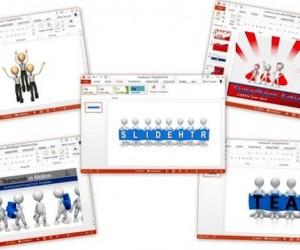 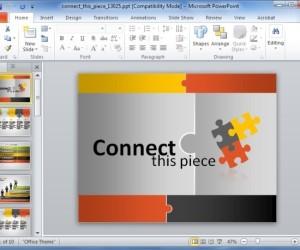 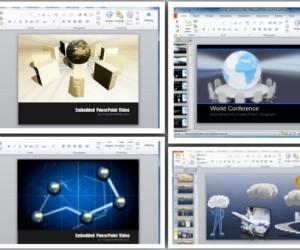 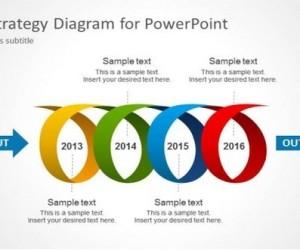