While we have previously covered a number of Infographic Templates for PowerPoint, none are as novel as the Animated Cartoon Infographics Template for PowerPoint. This template provides generic cartoon characters dressed as business figures. Each character reflects a certain mood, with speech bubbles and interesting layouts.

This animated template can be used for making any kind of presentation that fits with the given characters, be it a business presentation where you might be looking to add a touch of humor or a presentation about social issues.

There are a number of sample layouts already given with textboxes, however, you can customize these layouts by dragging slide objects around. Moreover, you can copy-paste the given characters to create new slides according to need. 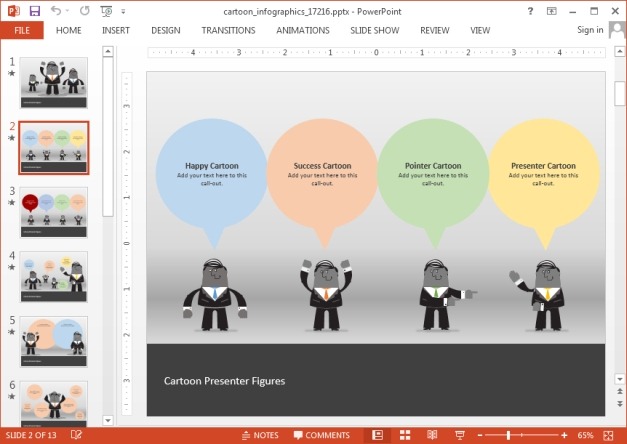 Create Infographics with a Touch of Humor

You can create a combination of the different moods depicted in this template and recolor slide objects to match your requirements. There is also scope for adding your own images, tables, charts, diagrams, as well as to use the animated slides for creating infographics.

The characters are although generic, however, they can easily help you add a touch of humor to your slides, especially when labeled with a funny caption. This can help you present your opinion and ideas using smart subliminal messages, as it is easier to make people listen when you make them laugh. 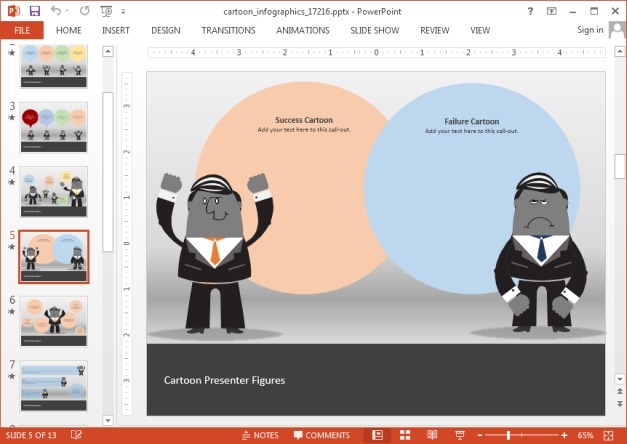 The sample content can be used in a number of creative ways, such as for making charts. There are also sample layouts which can be labeled to create charts, comparison slides and infographics without much editing. 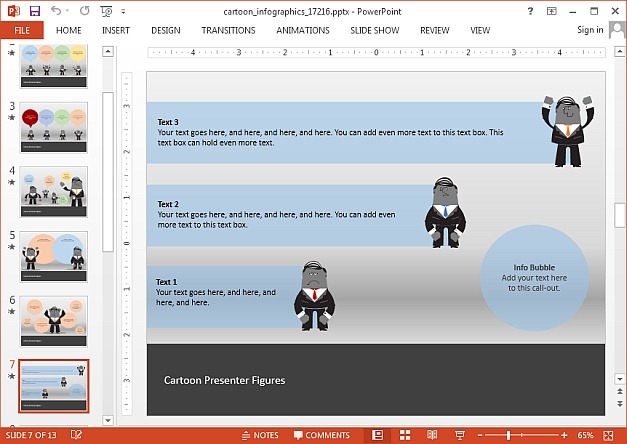 The cartoon characters are also available in standalone clipart slides which give the arsenal you need to present a range of emotions with the aid of fancy cartoon characters. The moods provided in the given clipart include; happy, sad, frustrated, surprised, angry, excited, etc. 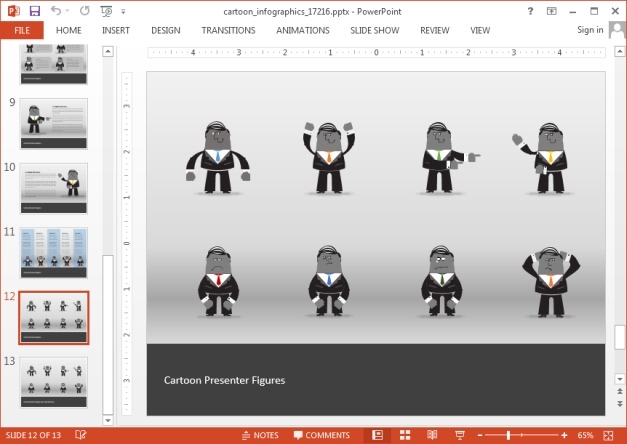 This cartoon template works with both Windows and Mac editions of Microsoft PowerPoint.