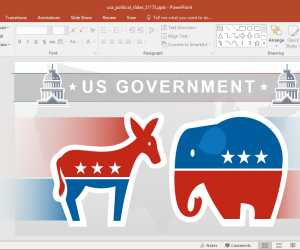 The American politics or more specifically, the politics of the United States of America resolves around two mainstream political parties. The Republicans and Democrats make up for the majority vote bank in the country and have been locked in a bitter rivalry since decades. If you wish to create a PowerPoint around the political landscape […]