Home   Articles   All About Samsung Flow: The Continuity Clone For Samsung Devices

All About Samsung Flow: The Continuity Clone For Samsung Devices

Samsung has decided to go with the Flow. Recently Samsung announced its Flow initiative and released it to developers. Samsung Flow allows users to explore the multi device synchronization possibilities and empowers them by allowing them to easily switch between devices while continuing to work on the same task.

This feature is similar to Apple’s Continuity that was launched with their OS X Yosemite and allows users to easily switch between tasks on their apple devices by simply synchronizing them.

Say you are using the Samsung TV to watch a video and something comes up and you have to leave, all you need to do is transfer the task to your Samsung smartphone and you are good to go, you can continue to watch the video on your smartphone. The same can be done for any task in a seamless fashion.

This particular feature allows you to check notifications and also receive them on multiple devices at the same time. Like you can check whether your smartphone needs charging, using your tablet.

Say you are watching a movie on your Samsung TV and your Samsung smartphone is in the other room. You would get a notification on your TV screen, if you receive a call or a text on your smartphone, once they have been synchronized using the Flow.

Samsung Flow presents a promising future ahead full of possibilities that can easily transform the way we work in the present. Although it will hit the app store somewhere in 2015 but the developers have had their share of it and so far they are loving it. 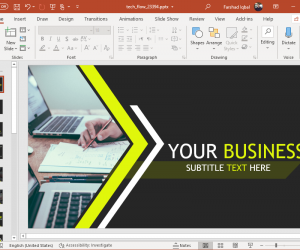