Animated Point A to B Timeline for PowerPoint

Making an interesting PowerPoint timeline is not an easy job. People can easily dose off when a presenter switches to a timeline. To make your timeline interesting, you can use the symbolism of Point A to B using the Animated Point A to B Timeline for PowerPoint. 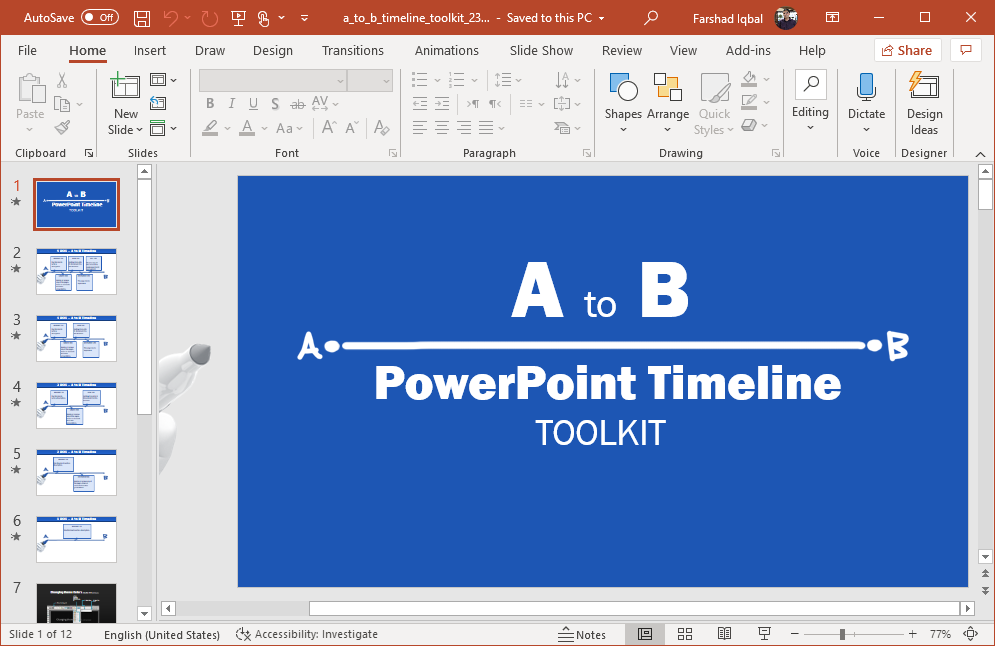 Point A to B Timeline Slides

This animated template depicts a hand drawing a line between A and B, which stands for point A and B symbolism. This essentially stands for going from one place to another. The concept can be used for depicting the point you are currently at and the desired goals that are to be achieved. This is often used as a concept in timelines. The different timeline slides load boxes with space for adding text to explain your timeline as you move along the slides. 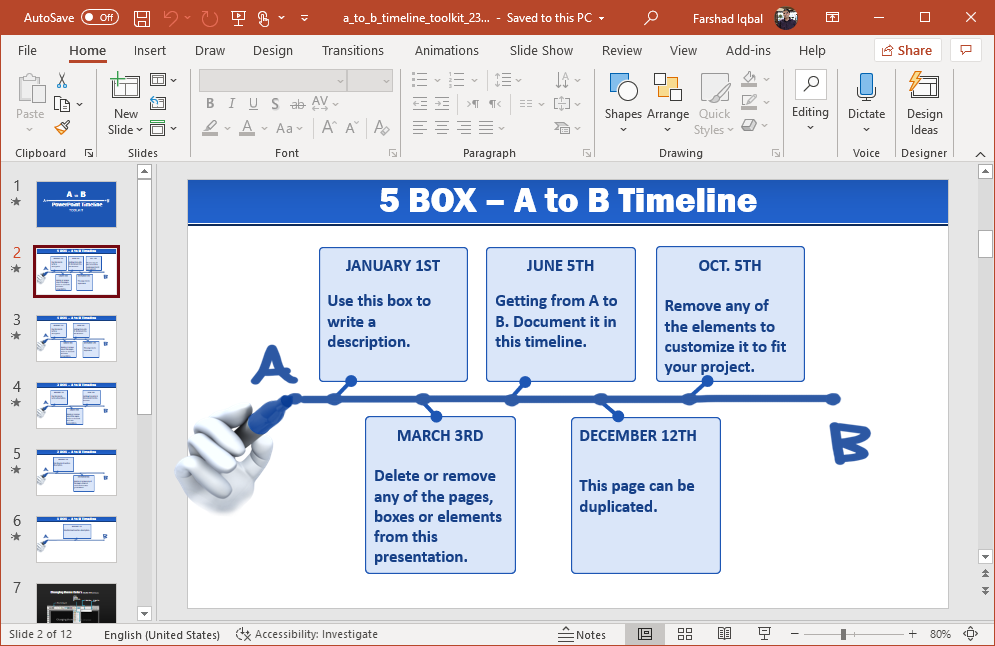 The timeline shrinks from a five-month slide to four, three and two months, until a single month is left. You can also edit the months to represent days, weeks or years or create a slide deck with all 12 months by editing the sample slides or reordering them according to preference. 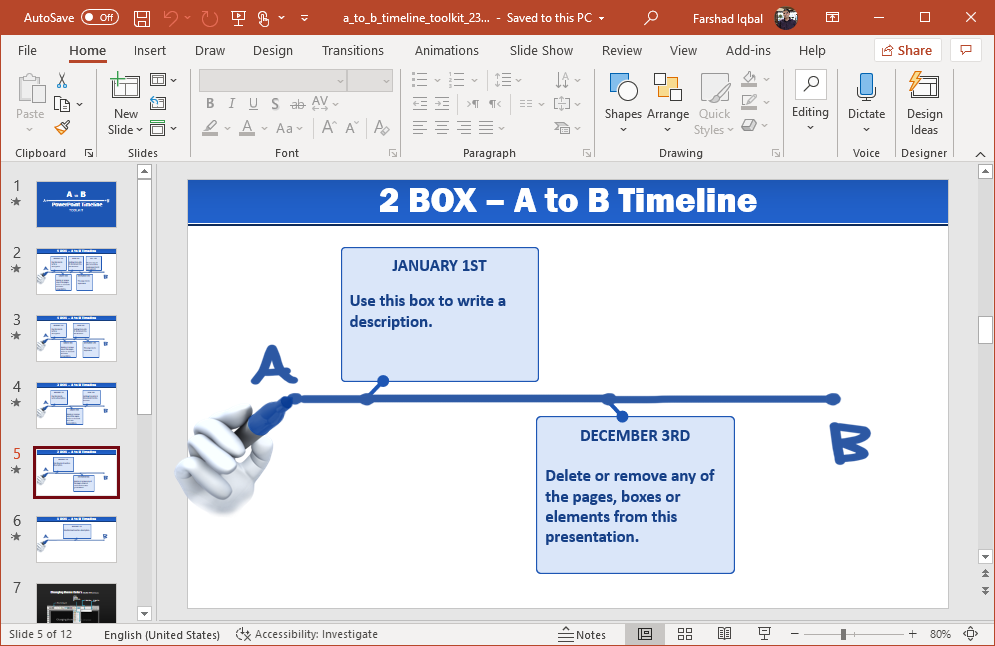 The timelines load one by one as you use a clicker or keys from your keyboard to proceed with your slides. You can explain details for a month or year before showing the next one using something as simple as your presentation remote, mouse-click or keyboard arrow keys. This is because the slide elements load in animated form, one by one. 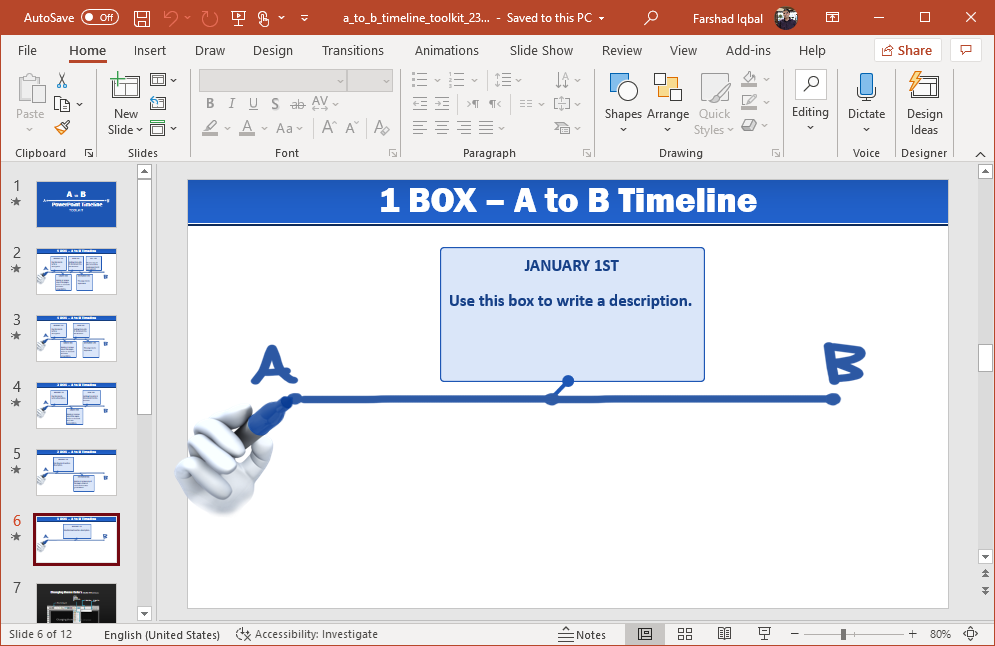 This Point A to B timeline for PowerPoint can be great for presenting timelines with elaborate animations to make them interesting, yet easy to understand for your audience.

Presenter Media - Animated Point A to B Timeline for PowerPoint →
Advertisement 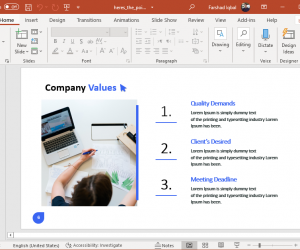 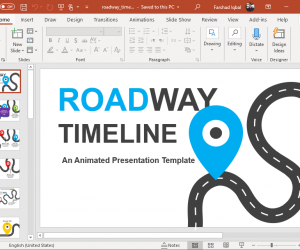 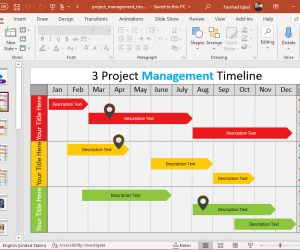 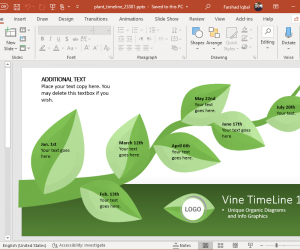