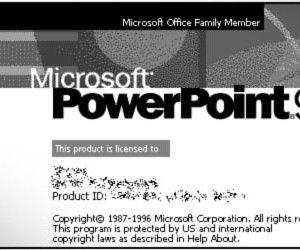 After the launch of the newer PowerPoint versions, there have been many questions on the utility and effectiveness of the older ones (PowerPoint 97, PowerPoint 2000, PowerPoint 2003, or even PowerPoint 2007). Although it has been somewhat appropriately argued that latter are adequate for places which are not so technically advanced or where these versions […]